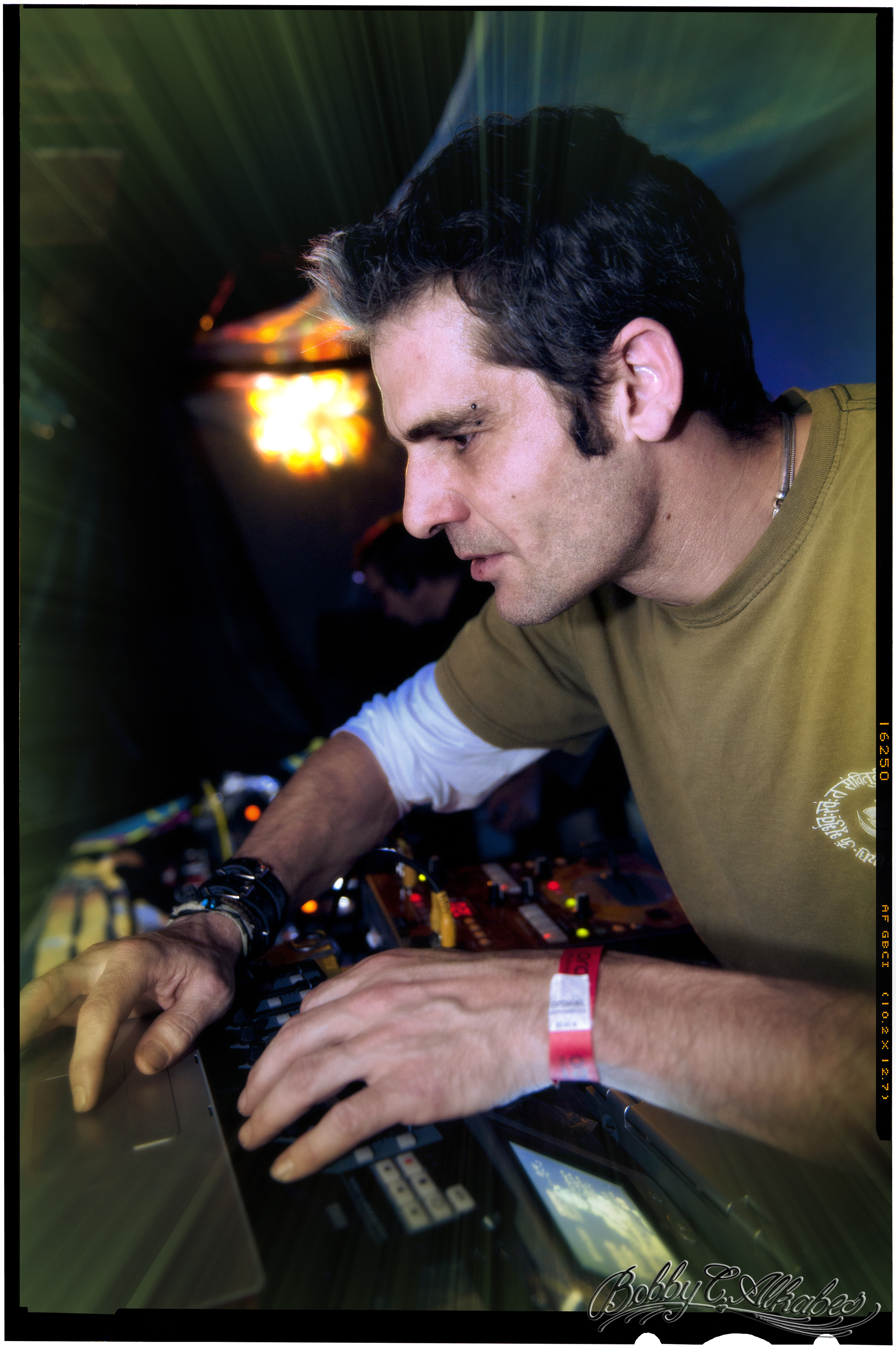 Nataraja ‘’The Lord of Dance’’ aka Sacha is a Swiss Video Performer also acting in organisation of events, festivals and parties, planning of visuals stages, mapping setups and performances.

Starting using computer, an Apple II when he was a child, he has grown up with technology and travelling the World. Since his childhood, he always listen a lot of music, from early reggae pioneer to today’s electronic music, all kind of style is a source of inspiration and a way to travel thought his imagination.

Started as DJ in the 80′s mixing psychedelics progressives beats and also loving the technical and multimedia side of this influence he discovered, inspired by new visual technologies a new way to perform visual arts, in real-time and he finally dive into the world of Vj’ing

It has always been a deep interest for him, a source of inspiration and a tool to imagine experiment and create. He was curious to know more about this way of using a computer so back in 1999 he started a new experiment, creating, editing and mixing his PsyOrganics Urban Visual World and became a pioneer of Switzerland’s Vj scene. Video mapping, interactive installation, generative art, all those discipline comes from experimentation with computer.

In 2003, he joined the feelfree collective in order to organise some high quality events. He also started sharing his experiences with many other labels and organisations like Biolive, Ultimae, Hel-v-Tek, Psyberpunk, Electron Festival, Timegate, Twisted Grooves, Colors Of Life, Psychotunes, Aphonix rec, Moonloop rec, Lunarmouth, Terratone and many others.

He developed his creativity not only with digital tools; he also likes to use traditional material and medium. As main content he use self captured movies or pictures, inspired through live life, nature observations, meeting people, computer generated graphics animations, fractals loops and self created animations. All mixed, taking care of the kind of sound played, the theme of the event, the people’s attitude, the vibe and the spirits.

He feels like every sound in our world is in relation with something visual. Sound can express a colour, a form, a movement, a feeling. Music is a huge source of inspiration for anything visual.

He played as VJ in several music events, festivals and parties in UK, France, Germany and Switzerland and he is still trying to improve his style and the worlds he create.